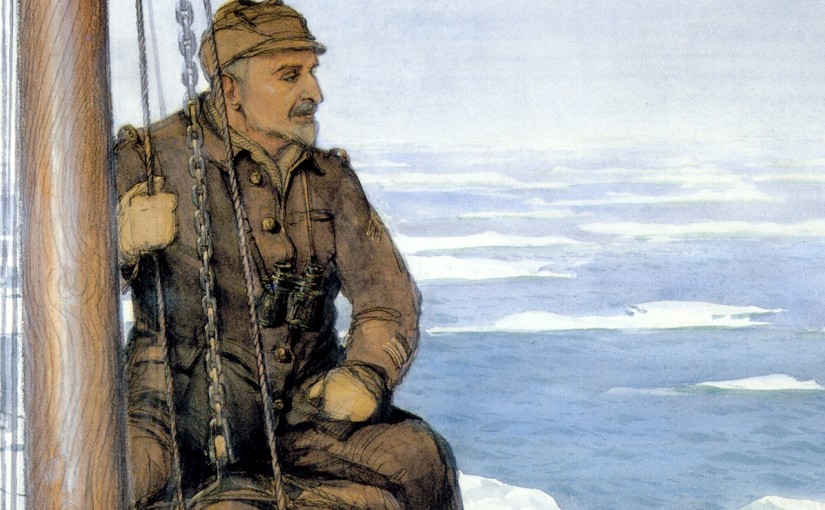 Jean-Baptiste Charcot (1867-1936) was a doctor, an expedition leader and polar explorer, and the son of the famous neurologist Jean martin Charcot. In 1903 he commissioned a triple-masted 32 meter barque in Saint-Malo, Brittany in northern France. This ship was called Français (The Frenchman) and it was the vessel upon which he mounted his first expedition to Antarctica. It overwintered at Wendel Island in the Southern Ocean.

The scientific contributions of this expedition were more extensive than any that had come before: 1000 km of coastline were mapped and explored for the first time, three advanced nautical charts were made, and 75 cases of samples and data were collected and presented to the French Natural History Museum.

Shortly after he returned to France, Charcot began preparations for a second expedition to Antarctica and commissioned the construction of a second ship, the Pourquoi-Pas? IV. This ship was built specifically for polar exploration and included three laboratories and a library. This second expedition collected important information about the chemical and physical oceanography, meteorology, and polar magnetism of the region. Cartographers on the expedition mapped 2000 km of unexplored coastline. In addition, a huge collection of plants and animals were contributed to the Natural History Museum and a new oceanography museum was founded in Monaco.

In 1928 the Pourquoi-Pas? joined the ship Strasbourg in the search for explorer Roald Amundsen’s missing airship. In 1934 Charcot led a voyage to Greenland under the auspices of anthropologist Paul-Émile Victor, who then lived for one year in Ammassalik in an Inuit village.

Unfortunately, the ship then encountered a severe storm off the Reykjanes Peninsula, it was blown off course into Borgarfjörður, and sank at Hnokka off Álfanes á Mýrum. The tragedy claimed the lives of 40 crew members—23 were found dead and 17 were never found—and only one man survived.

Charcot and his men stopped in Iceland on their way to explore the northern oceans, mostly in Reykjavík, Akureyri, and Patreksfjörður. He made many friends in Iceland and maintained correspondence with them until his untimely demise. The stranding and subsequent sinking of the Pourquoi-Pas? was considered a tragedy by many Icelanders, as evidenced by the closure of Reykjavík’s businesses during vigils for the lost seamen, which honor has never been shown for another foreigner.